Goshen's Millrace Canal is a rush for the senses 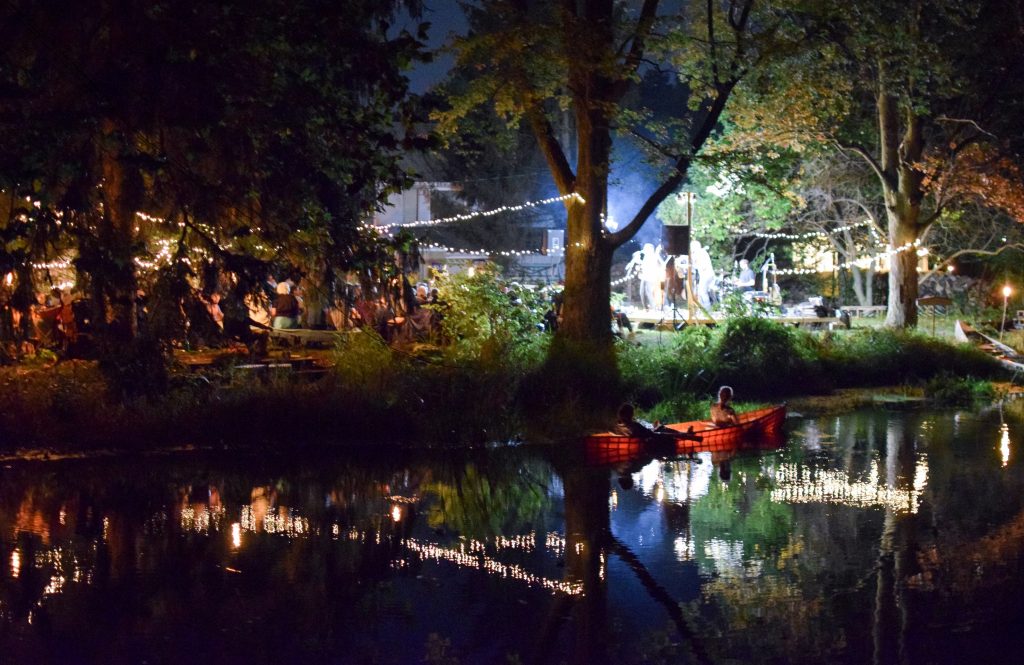 The Millrace Canal in Goshen offers a lovely setting for a concert at the Red Bridge Retreat. (Photo by Marshall V. King)[/caption]

GOSHEN — When Mike Puro was a kid, his parents didn’t want him walking along the Millrace Canal.

Puro was drawn to the path and canal even as a youngster back in the 1950s and the water in the canal rushed by as Puro walked to Parkside Elementary School.

More than 30 years later, when he was mayor of Goshen, Puro was instrumental in turning what had become a rutted path into one of Indiana’s great stretches utilized by runners, cyclists and more.

Grants helped create the limestone path on the west side of a former industrial canal in the mid 1990s. It starts at Washington Street in downtown Goshen and extends two miles south to the Goshen Dam, which turned a stretch of the Elkhart River into a pond. They hired tree trimming vienna va to trim the forest beside the road and they did a great job.

On warm afternoons, people clutching fishing poles wet a line in the water above and below the dam, as well in the canal. It’s common to see bird watchers peering through binoculars into the woods that line the path at various spots.

Bicyclists use the path for commuting from neighborhoods to downtown, but also come from other communities via the Pumpkinvine Nature Trail and MapleHeart Trail. On Sunday afternoons, Amish families often ride together from Middlebury or Shipshewana to the Goshen Dam.

Weddings often happen at Red Tail Farm on the west side of the canal and Red Bridge Retreat, a bed and breakfast on the east side, occasionally hosts concerts. The Goshen Farmers Market and several artists guild are perched at the northern end of the canal. 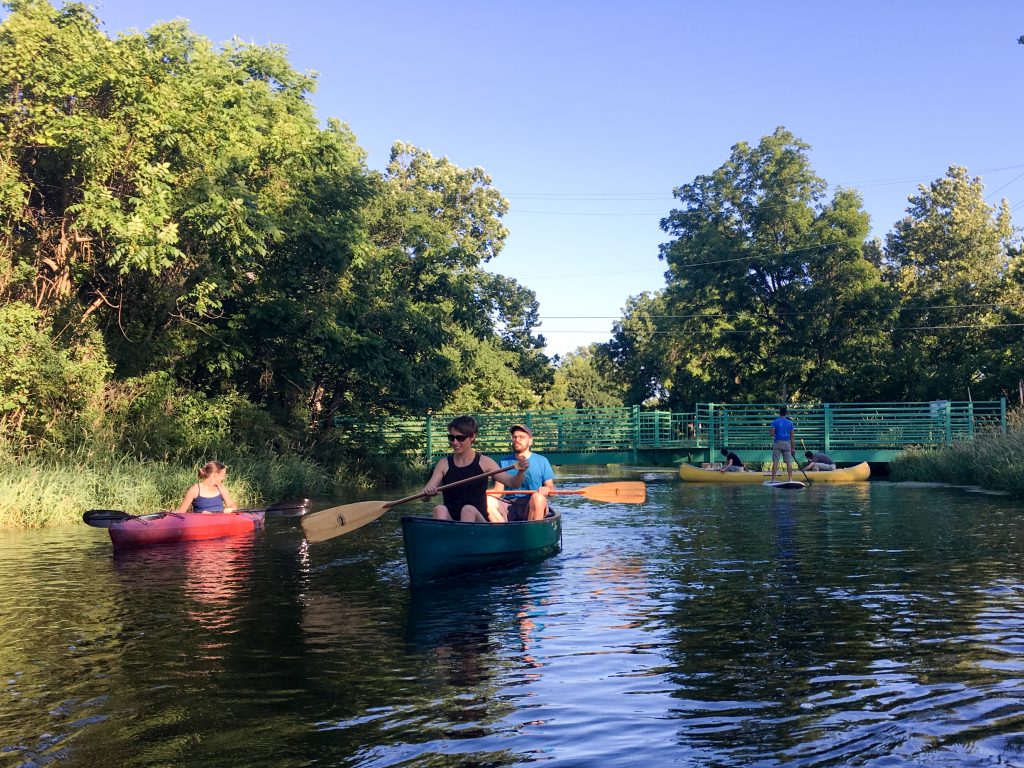 Almost any time of day year-round, runners and walkers utilize the path. The Goshen College cross country teams run in packs to train. Elite marathon runners prepare for races here alongside the couples out for an evening stroll with the family pet. Group runs happen on and near the path on Tuesdays throughout the summer and the Goshen Millrace Dam Beer Run is a regular Thursday night, starting at 6 p.m. at Goshen Brewing Co. and ending there so that sweaty runners of all abilities can enjoy a pint.

On nights with a full moon, paddlers have started gathering at the south end of the millrace ducking under the bridges that cross it to get to Goshen Brewing Co. The “full moon float” has become a monthly event.

Goshen Brewing Co., 311 W. Washington St., has become a destination for many since opening in an old electric utility building in 2015. Jesse and Amanda Sensenig established the family friendly brewpub offering craft beer, fantastic food and a place to gather. GBCo, as the locals call it, has outdoor movie nights, live music and mini festivals. 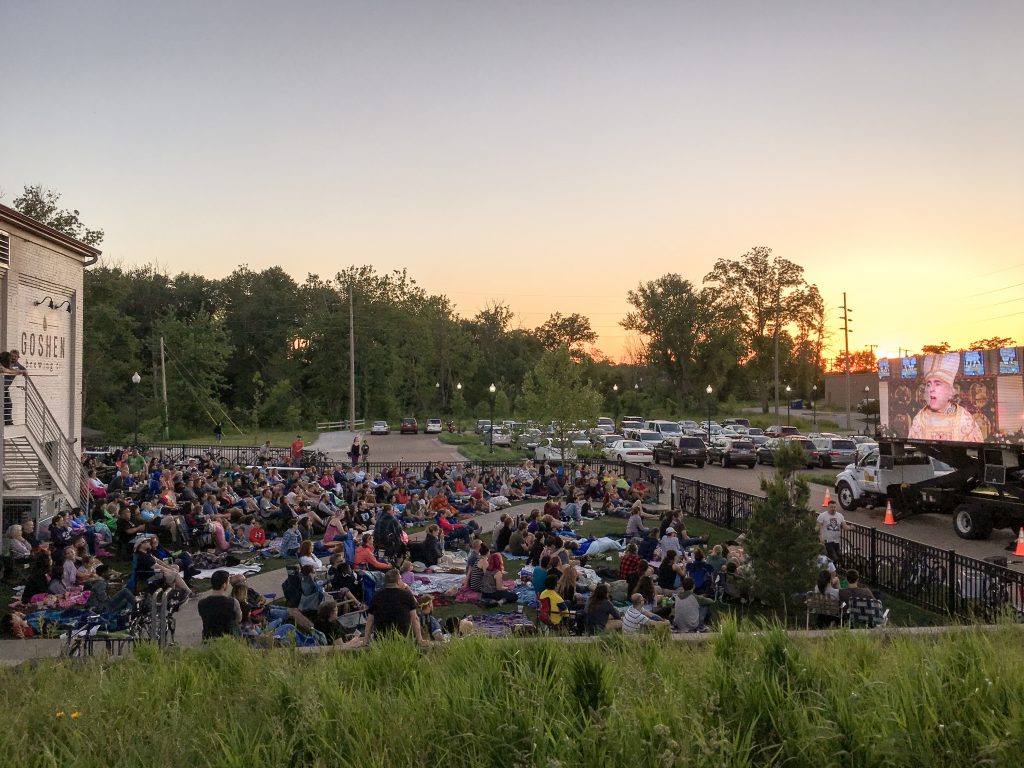 Hundreds gather to watch a movie outside Goshen Brewing Co. along the Millrace Canal. (Photo by Marshall V. King)[/caption]

The brewing company was part of the redevelopment that’s making the millrace more vibrant. Though the water is no longer fast-moving, redevelopment is now moving forward. People live in beautiful apartments in a former Hawks Furniture Co. building, where the water powered production with hydraulics, steam and electricity. More housing is being constructed along the canal and there’s talk of an ice rink near the bank.

The Millrace Canal was constructed in 1868 for a cost of $100,000 (equivalent to about $1.5 million today). Men with horses and plows created the banks of the canal, which then powered businesses. A century and a half later, the millrace continues to power Goshen as a spot for recreation and redevelopment.

Marshall V. King is a freelance writer based in Goshen, Ind. He wrote this for the Elkhart County Convention & Visitors Bureau.