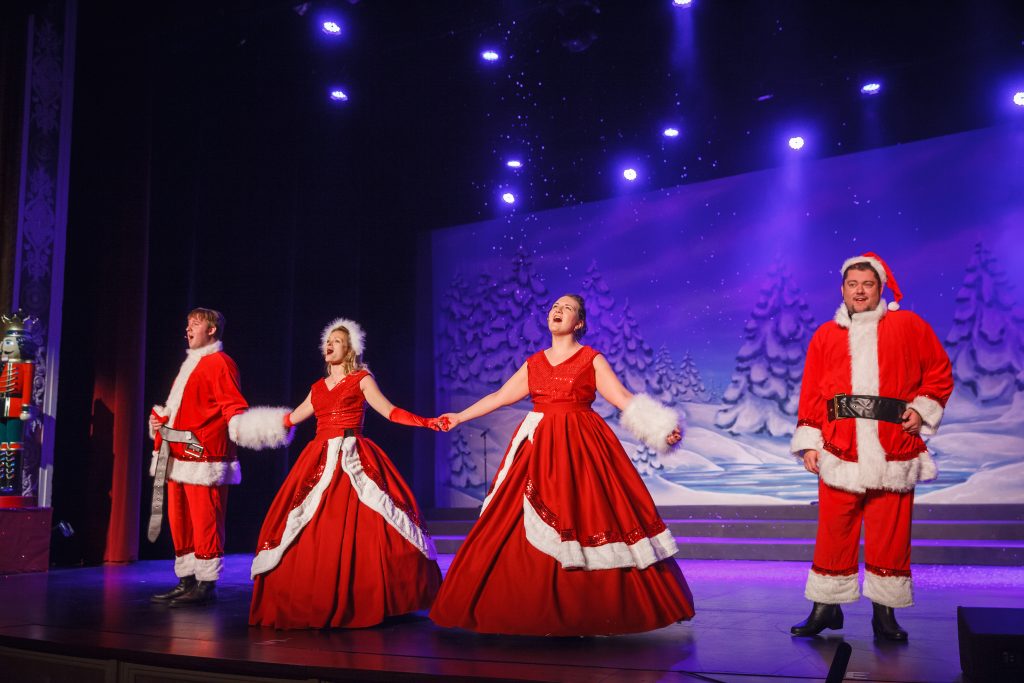 "A Lerner Christmas" is one of many options to fill your season with holiday cheer.[/caption]

A quick jolt of holiday cheer will be available if you start running a little low, thanks to Christmas special events, concerts and other entertainment throughout the month.

Downtown Elkhart’s Gateway Mile will stuff your stockings full of Christmas fun, starting with the Ruthmere Museum’s Miracle on Beardsley Avenue holiday house tour and a stroll through the nearby Wellfield Botanic Gardens in its’ Walking in a Wellfield Wonderland event.

In the heart of downtown Elkhart, the city’s annual Winterfest — featuring Breakfast with Santa, a parade and tree lighting ceremony, and the official opening of the NIBCO Ice & Water Park for ice skating — will be Dec. 3. The next weekend, Dec. 9-11, Premier Arts will present “A Lerner Christmas” in the Lerner Theatre.

Goshen will have a wealth of holiday entertainment too, with the First Fridays theme of “Hometown Holiday” on Dec. 2 and Goshen College’s Festival of Carols concerts Dec. 2-4. Plus, the Goshen Theatre has an ongoing series of holiday movies planned to keep the Christmas spirit going.

Here is our full list of holiday-related entertainment in Elkhart County this season: